Approval of the Local Action Plan for the Urban Agenda of the City of Madrid, drawn up with funds from the Recovery, Transformation and Resilience Plan 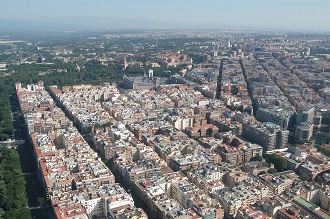 In the process carried out by the City Council's Internationalisation Department, it was decided to create the Urban Agenda Technical Committee, which, in addition to representatives of the other municipal government departments involved in the Plan, also included business and trade union organisations, citizens' organisations, universities and professional associations.

It was also decided to convene a space for debate with the aim of offering citizens the possibility of making proposals for this Local Action Plan. To this end, a public hearing was held from 16 to 30 August 2022 on the "Decide Madrid" platform, through which citizens were able to answer a questionnaire with questions about their opinion on the direction the Plan should take.

In addition, the General Action Protocol between the Ministry of Transport, Mobility and Urban Agenda and Madrid City Council has been formalised, with the intention of giving formality to the collaboration between the two entities. The Madrid Action Plan, a pilot project of the Spanish Urban Agenda, can be considered a good practice and transferable experience to guide other municipalities in the elaboration of their respective action plans.

The main objectives of the Action Plan are:

With these defined objectives, the aim is to contribute to making Madrid the best place to live and work in the 2030 horizon, in line with the objective expressed in the Plan for the Recovery, Transformation and Resilience of the city of Madrid.

Here you can find the document of the Local Action Plan for the Urban Agenda of the City of Madrid (in Spanish):