The City of Madrid receives the Shadow Minister of the Government of New South Wales, Australia 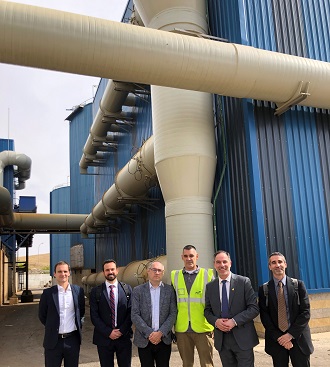 On Monday 3rd October, the Shadow Minister for Energy Affairs of the Government of New South Wales (Australia), Mr. Jihad Dib, visited the Valdemingómez Technology Park. The visit was supported by representatives of the Australian Embassy in Spain, ICEX and the Spain-Australia Council Foundation.

The Minister was received by the Director General of Cooperation and Global Citizenship, Mr. Cecilio Cerdán, and by Mr. José Luis Cifuentes, Director of Promotion and Information of the Valdemingómez Technology Park, as well as by the monitors of the different plants that were visited.

The aim of the visit was to learn first-hand about the projects carried out by the Madrid City Council related to the conversion of waste into renewable energy and the initiatives that contribute to meeting the goal of zero net emissions.